Oats, native to Central Europe are an important cereal of the temperate zones. Oat bran is a fine brown powder that can be made into a quick and nourishing gruel, or sprinkled on savoury dishes.

THE DIFFERENCE BETWEEN OATMEAL AND OAT BRAN

Oatmeal and oat bran both come from the same grain, the oat groat. Oatmeal comes from the inner part of the groat, while oat bran comes from the outer part. When oatmeal is processed, the outer layer, the bran, is removed. This helps the oatmeal cook faster. But, when that outer husk is milled, it becomes a concentrated oat bran that cooks up faster than any oatmeal.

Both are nutritious foods, but oat bran kind of shines a lot brighter when you look a bit closer. Oat bran is a better source of protein, B vitamins, iron and soluble fiber compared to oatmeal. The fiber in oat bran fills you up and can keep you feeling fuller longer. It is also more efficient at lowering cholesterol and slowing down fat and sugar absorption.

Oat bran also has a much higher concentration of beta glucan, a substance found in oats and several other foods. Beta glucan has many health benefits, but the beta glucan specifically found in oats has been found to keep cholesterol levels in check and can dramatically reduce LDL levels.

As far as cooking, taste and texture, you’ll love how quickly oat bran cooks up! Once you’ve brought it up to a boil, it’ll be ready in just two to three more minutes! I personally love the taste and texture so much more than traditional rolled oats. Oat bran is creamy with an almost sweet oaty richness. Its flavor is so lovely that I find that you don’t have to douse it with sweeteners to make it delicious. 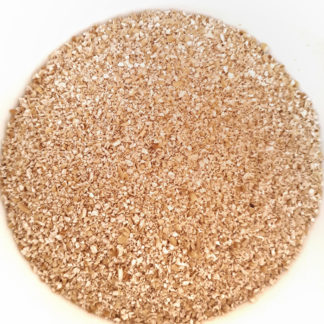